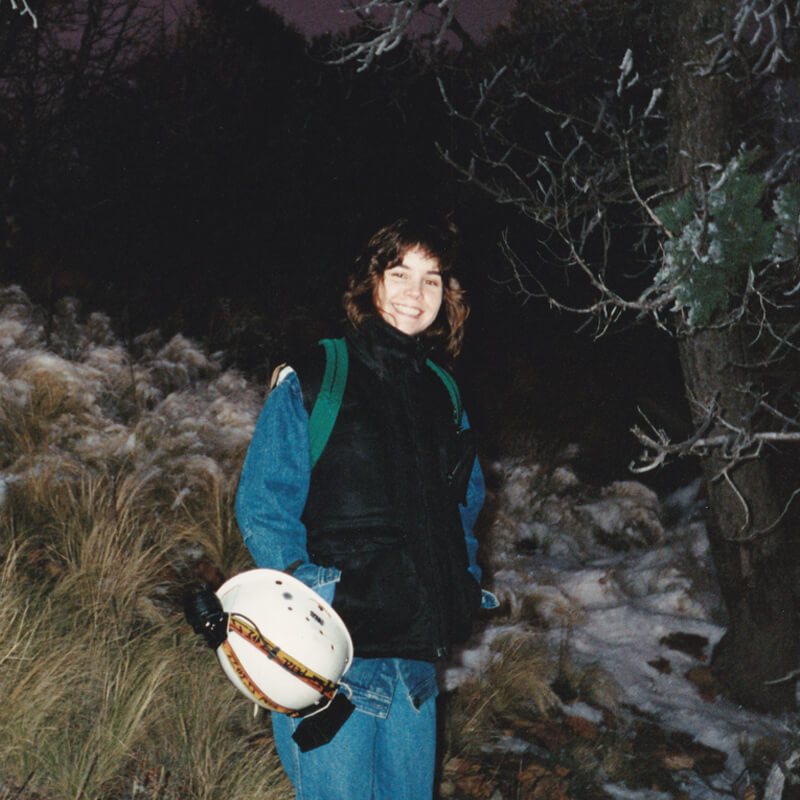 Send an Email to Debbie!

I am ACCA’s Director of Member Services.

I am also the former Associate Director for ACCA (February 1992 until February 2004). During this time, I co-managed ACCA and the American Cave Museum, helping to put in place many of the systems that are still relied upon today. In this role, I worked to establish the accounting system, managed the association’s payroll, taxes, and developed employment policies. Additionally, I managed ACCA’s membership and coordinated special fundraising appeals and events with the Executive Director and Board of Directors.

Working in a nonprofit has its challenges, but also provides many opportunities. One of the things that I was always interested in was graphic design. I remember watching a designer at a printshop as he worked his “magic” on a photo we were using for a brochure. At that time, we were pretty limited in what we had for software and we had to rely upon designers and printers to help us create many of our printed items. I actually designed some of our “American Caves” magazines in a DOS program, which is crazy as I look back at this today.

During this time, I was extremely fortunate to have had the opportunity to get to know ACCA’s late Board Member, Jim Nieland. Jim had been working on a little program called “PageMaker” and was kind enough to spend some time after one of the board meetings giving me an introduction to the software. I was amazed – I could actually insert a photo and see it along with the text (if you have ever worked with WordPerfect 5.1 (DOS) – you get this). We didn’t know it at the time, but this opportunity would lead me to become a graphic designer down the road.

In 2004, I moved to California and began working at a printing company that handled printing for Disney. Every day was a new experience allowing me to learn the ins and outs of the industry. I had also “graduated” from PageMaker to Adobe’s first version of InDesign. During this time, I continued to work for ACCA as the Editor for “American Caves” handling all aspects of the production from soliciting and writing articles to layout/design and the printing. I held this position until December 2006.

I spent the years after 2006 continuing to hone my skills at a few printing companies and then also working for a small web development/search engine optimization company. This gave me the unique opportunity to understand not only how to build a “pretty” website, but to also build a site that is designed to help those searching to find you.

Fast forward to January 2021. I was talking to David Foster and he mentioned that he could “maybe find some things for me to do” at ACCA if I was interested … So, here I am again – 17 years later. We now have a new website for Hidden River Cave and this site for ACCA that will continue to evolve.

We are transitioning to a new online membership system, that when complete, will allow members to join, renew, update addresses and view their giving history. We are making a commitment to stay in touch with our members through newsletters, email and hopefully some special events later in the year.

I am amazed and proud of everything that ACCA has accomplished. I am also extremely grateful to have known some of our amazing Board members, like Jim and Roy Powers, Jr. that are no longer with us and are missed.

If there is anything that you would like to see or suggest, for the membership, in an upcoming newsletter or on one of the websites, I would love to hear from you!