The restoration of Hidden River Cave and the creation of the American Cave Museum are two of our most visible and important achievements. Both have only been possible through the tireless work of our Staff, Board of Directors and the support of our members, generous foundations and donors.

Hidden River Cave was a viable tourist attraction from 1912 through 1943. The cave stream also provided drinking water and hydroelectricity to the City of Horse Cave that lies directly above it.

Because the community did not understand the nature of karst (cave) areas, the cave which was once an asset, became a liability when the stream flowing underground was polluted by domestic and industrial sewage.

For 50 years the cave lay all but forgotten except during the hot summer months when noxious fumes spewed from it’s enormous entrance.

For a more detailed history of Hidden River Cave please visit our website: 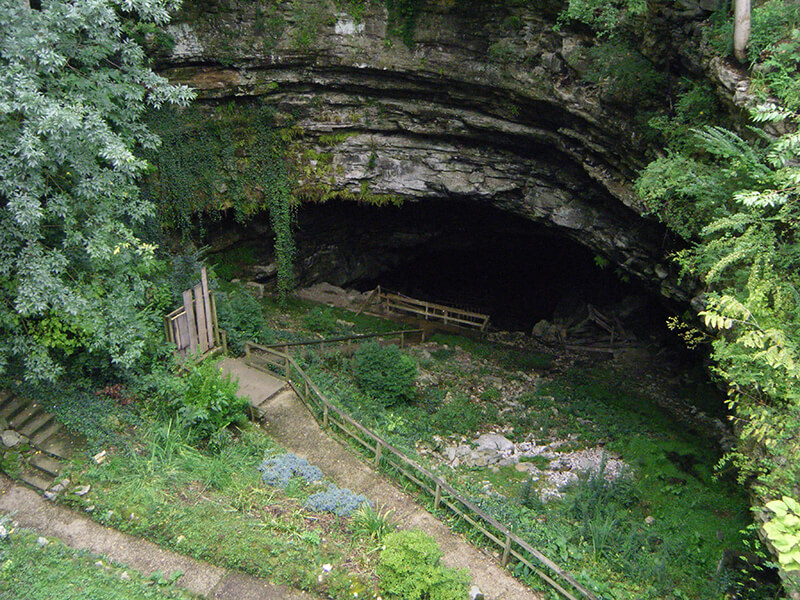 The American Cave Conservation Association relocated our national headquarters from Richmond, Virginia to Horse Cave in 1987. At that time, the cave was still very badly polluted, but a new regional sewage treatment system was being developed. Although there were no guarantees, the hope was that the cave would be able to recover once the pollution was no longer seeping into the groundwater. 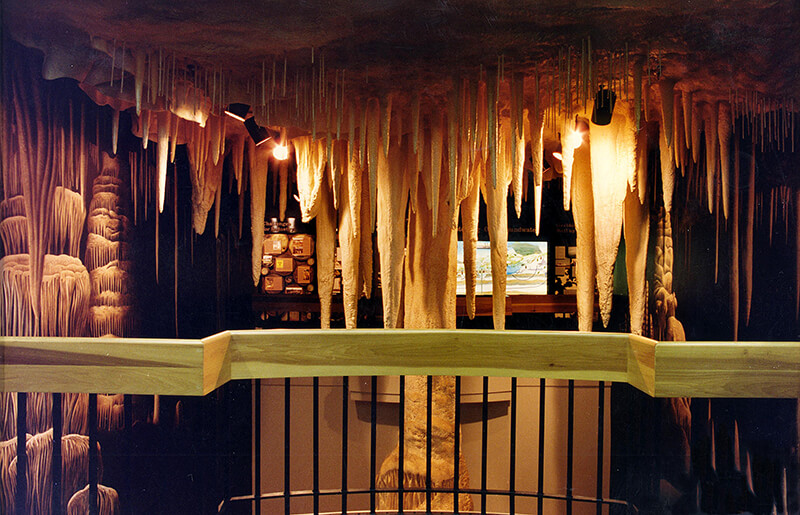 At the same time the sewage treatment system was under construction, a feasibility study was being completed to determine if Horse Cave would be a good site for a national cave and karst center.

Hidden River Cave was in an internationally significant cave area near Mammoth Cave National Park, the educational and environmental needs were obvious: a polluted cave right in the middle of town, and the location was in a major tourism travel corridor. It was decided that Horse Cave would be the perfect place to develop the American Cave Museum.

With sewage no longer draining into the cave, a remarkable recovery began to occur. ACCA continued to raise funds for exhibits and to operate the Karst Center. In 1992, the first phase of the center opened to the public as the American Cave Museum. Since that time, we have raised approximately 7.5 million dollars for land acquisition, construction of the museum, additional exhibits, developing the tour into Hidden River Cave and to fund our ongoing educational and conservation programs.

Today, thousands of visitors and school children tour Hidden River Cave and the American Cave Museum. The museum and the cave, which has been called “the greatest cave restoration success story in the United States” is now open year-round to visitors.

For more on the American Cave Museum please visit our website: www.hiddenrivercave.com/american-cave-museum

ACCA members receive 20% Off admission for family members and guests on visits to the American Cave Museum and Hidden River Cave as well as the satisfaction of knowing they are helping to support our educational endeavors and conservation efforts throughout the U.S.