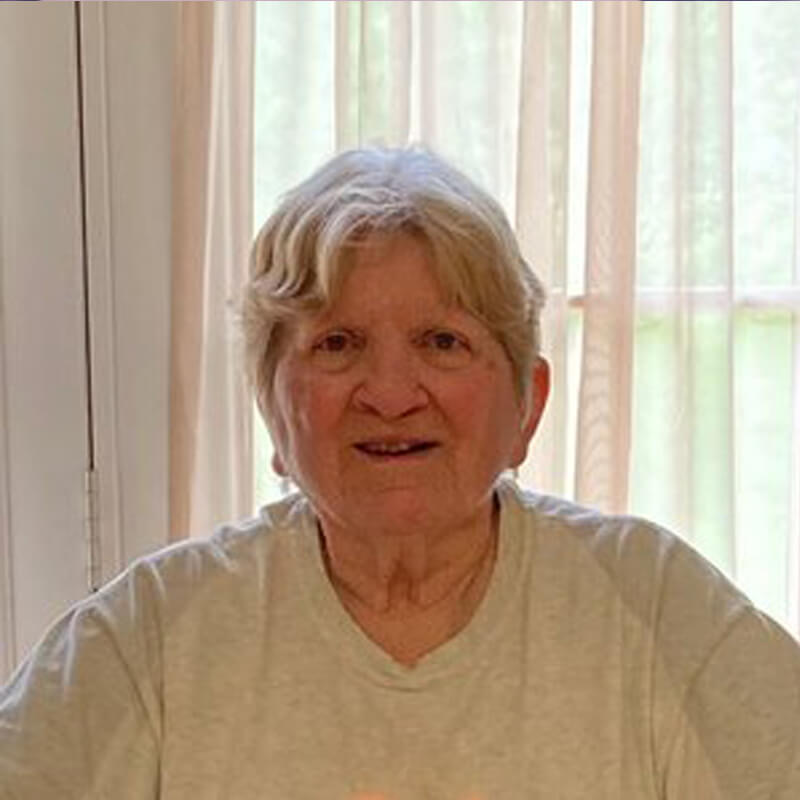 Pat Keefe lives in Richmond, Kentucky, was born in Huntington WV, and raised in West Palm Beach, Florida. She graduated from Stetson University, DeLand, Florida with a Bachelor of Science degree August 1961. Pat majored in biology with the intent to teach in the community college system. Pat spent a year teaching second grade in Orlando, Florida as there were no openings for high school biology teachers at the time when she graduated. In 1962, she was accepted for graduate work in botany at the University of Georgia where she taught the freshman botany labs.

Pat was in the process of writing her thesis in plant taxonomy when the she had the opportunity to take a physical geology course. Geology has always been and still is her first love! By the end of this first class, she knew that she was in the wrong field! Her husband was working on a PhD in botany, and when it was time to job hunt, they looked for universities that had a Geology Department.

In Fall, 1966 they began their career at Eastern Kentucky University. She taught freshman biology labs and started taking undergraduate geology courses. Eventually she also taught the freshman physical geology laboratories. She completed two graduate courses before taking time out to start their family. In 1982, ten years and four sons later, she returned to school to complete the M.S. in geology. During the 1983-1984 school year she taught physical geology lecture sections. The following years, while taking graduate geology classes, she returned to teaching freshman environmental biology labs. Her graduate work included several courses in groundwater and karst geology. Her thesis involved pressure solution in the Devonian Boyle Dolomite. While conducting her thesis research she took classes in Environmental Health Science, earning a B.S. in that field in August, 1988. The M.S. in Geology followed in December, 1989. During her career with the Department for Environmental Protection, she used all three degrees.

Pat began employment with the Kentucky Department for Environmental Protection, Division of Water, Groundwater Branch in the Summer, 1989. In the Technical Services Section, she reviewed water well records for accuracy and wastewater discharge permit applications for impacts to groundwater. She also did some groundwater field work. In the early 1990’s development of a groundwater protection regulation began. She transferred to the Permit Review Section, and although not involved in the writing of the regulation, she attended a number of meetings concerning its intent and impact on various agencies and public institutions. The Groundwater Protection Plan Regulation, 401 KAR 5:037, was promulgated in 1994. Groundwater Protection Plans (GPPs) were required for anyone conducting activities with potential to pollute groundwater. The regulation also required state-written generic GPPs be developed for residential septic systems and water well drillers. She developed the generic for residential septic systems. In conjunction with her section supervisor and others in my section she helped develop the generic GPP for chicken farms. The GPPs initially submitted for review were so irregularly written that they took considerable time to evaluate. So using the regulation as her guide, she developed a guidance document that when followed would provide uniformity in format. Over the years she developed numerous guidances for specific activities, as well as educational articles concerning groundwater.

Groundwater education was one of her important objectives and her program was assigned the task of providing such materials. During the 1990’s she became acquainted with the folks at ACCA and used several of their publications about caves and groundwater flow in karst. The publications were written for the middle school level and she provided those, along with booklets and pamphlets on groundwater to the teachers and the public. She gave presentations on groundwater protection to teachers, and on request visited middle school classrooms to show a film on karst and talk about the importance of groundwater protection in that topography.

In April, 2008, she assumed the coordination of the Groundwater Protection Plan Program and continued to review submitted GPPs, develop guidances, provide educational materials, and conduct site visits to assist facilities with their GPPs. Her duties as coordinator of the GPP Program also involved interacting with other branches in the Division of Water, agencies in the Department for Environmental Protection, and other Cabinets in state government. In addition, she assisted in groundwater fieldwork for Wellhead Protection Plans required of communities located in karst topography., and volunteered to assist in the Groundwater Sampling Network sampling groundwater from various springs and wells in Kentucky.

Pat retired on July 31, 2015 and was asked to join the ACCA Board in early 2018. Her 20+ years in groundwater protection working with groundwater protection plans, especially those required by activities being conducted in karst will be helpful for the protection of Hidden River Cave and karst in Kentucky. She is an academic at heart and would enjoy developing educational materials if needed.